Microsoft has now completely removed the ability to use or create Access Web Apps so the information below referring to these is now out-of-date. If you are interested in other ways to use your Access database system with the cloud, please visit our page about using your database outside the office.

Fundamentally the difference between Access 2013 and its predecessor Access 2010 for desktop database development is a new appearance for the user interface (the functionality remains mostly unchanged; it uses 2010's Ribbon system). Aside from increased support for file sharing (which 2010 arguably had already) the main effort has been to introduce online databases as a viable alternative to offline systems.

As such the primary addition to Access 2013 over Access 2010 is the ability to generate customisable web Apps for Microsoft SharePoint Online or SharePoint Server. In short these are mini-databases that run online, so can be used by any device with a web browser (no installation of Access required). They are the effective replacement of the less powerful Access 2010 web databases. 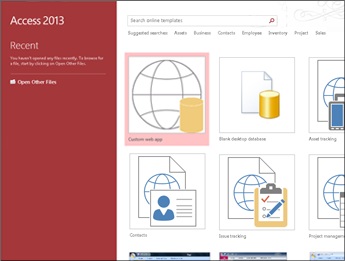 The Apps consist of a set of tables and 'views' (equivalent of forms in an offline system) that are automatically generated when tables are added, but can be customised and redesigned by editing the App using Access 2013. 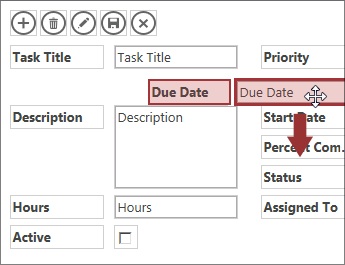 The App is published straight to SharePoint from Access 2013 so exists entirely online, but you can save the App as a 'package' file that allows you to back it up offline or transfer it between different SharePoint accounts.

If you're familiar with Access then building an App will come very naturally to you. Keep in mind though that an App has more limited scope than a regular database. You cannot use VBA to program new features into the App, but you can use a variety of different macros and macro-calling events to add some basic business logic and user friendliness. 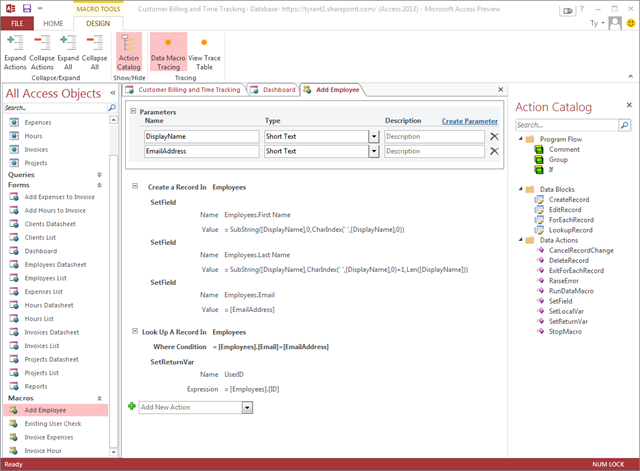 Also remember that if you don't have a SharePoint Online account or a server running SharePoint Server and SQL Server, you cannot use Access Web Apps.

An important feature of Access Web Apps is that they can be combined with your existing offline systems. Offline databases can use the Apps' tables as its own tables via a linked table system just like linking a database's front end to its back end. Learn more about how we can help you set up and run your Access Web Apps alongside an offline database.

As well as allowing the creation of Apps, Access 2013 features a revamped user interface that retains the functionality of the 2010 interface but makes certain features easier to find and quicker to initiate from the Ribbon menus.